Domenico Dolce and Stefano Gabbana continue to mine the rich imagery and ideas of their Italian culture, history, and society. For several seasons now, they have been referencing, to great success, autobiographical elements that come from their own heritage, whether it was an antique gold braid and soutache cape that belonged to Domenico's father or the classic pescatore outfit from Sicily, the Italian island where Domenico was born. They have explored these ideas and images respectfully and lovingly, as well as with their tongues in their cheeks (it is fashion after all).

So once again, they turn to a staple of their country, this time Catholicism, for inspiration. And again, they walk a fine line between reverence and kitsch. Dolce and Gabbana actually use the word "devotion" in describing the collection: "Absolute devotion to tailoring, devotion to cut, devotion to fabrics and devotion to details." Of course this is a play on the idea of religious devotion as well, as evidenced by the abundance of communion lace, wide cassock sleeves, stoles, and references to liturgical vestments in general. When not literally quoting the vocabulary of church clothing, Dolce and Gabbana use prints showing basilicas, saints from common prayer cards, and images of the Virgin Mary (which makes me think of the Madonna-heavy collection Riccardo Tisci created for Givenchy's current S/S offering, here), although there are some stunning over shirts that look like beautiful, jewel-encrusted icons. The most subtle image: cute little graphics of priests on bicycles or small groups of choir boys on tee shirts, third photo. 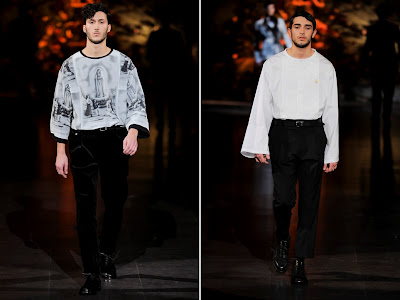 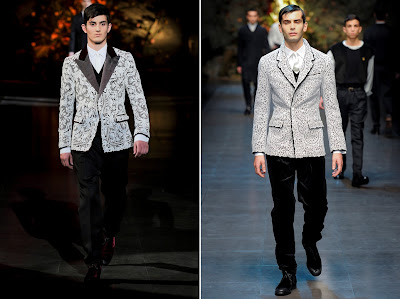 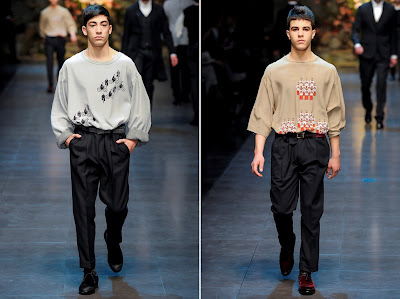 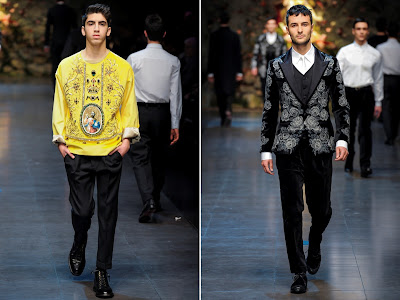 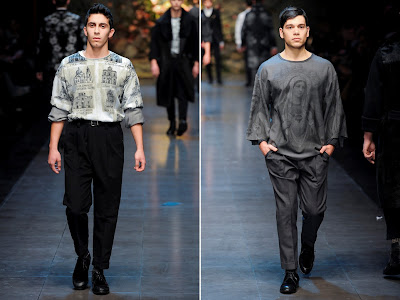 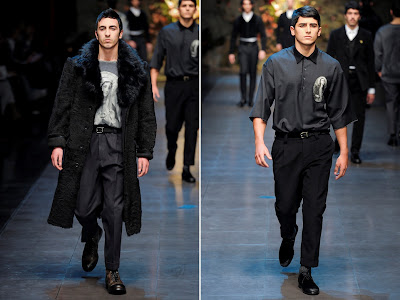 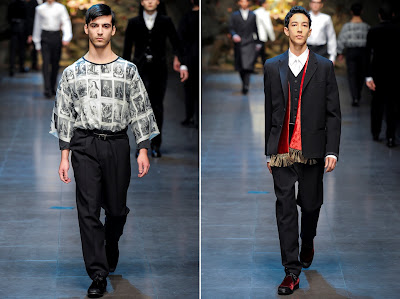 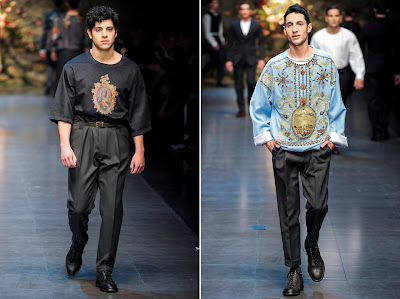 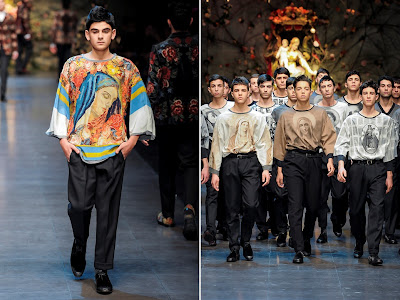 Watch the entire show. The tone actually ends up being more reverential than anything else...
http://www.dolcegabbana.com/
Photos via http://www.style.com/

P.S. Of course I cannot help but flash on Fellini's AMAZING--and terrifying--Vatican Fashion Show from his mock travel documentary, "Fellini's Roma," here. It's really worth a look!
Posted by Unknown at 1:32 PM