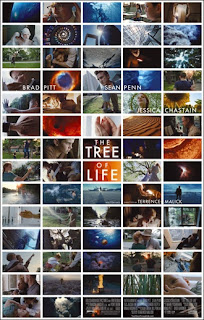 I had been meaning to see Malick’s “The Tree Of Life” ever since it came out in 2011 and won the Palme d’Or at Cannes. I love Malick’s films, and I have “The Thin Red Line” listed on my All-Time Favorite Films List to the right on this page. But after hearing a lot of general grousing about this film, I was a little anxious. I had hoped it was not “incomprehensible” as many critics claimed. Even the word “pretentious” was leveled at it. But that actually gave me a clue as to what to expect. I have noticed, after my many years of being here on this planet, that when people sneer slightly and use the word “pretentious” to describe a piece of art—film, painting, sculpture, dance, etc.—they might as well be saying “I’m too stupid to understand what that was about. I suspect as much and that threatens me because I don’t want to appear stupid. So I am going to attack it and set myself higher.” I am not saying that a piece of art can’t fail, can’t lack for anything, or can’t fall short of its aim. If that is the case, it is better to be specific… as specific as possible. Calling something “pretentious” just does not cut it. What about it made you think it was pretentious? Was the story convoluted? In what way? Did you feel pieces of the narrative were left out or not alluded to? Were there leaps in logic that did not make sense? Did you feel the theme was unfulfilled because of costume choices, lighting choices, music choices? Was the acting flat or unbelievable? Was the melody based on something else or uninspired altogether? Did it fail to engender emotion in you? WHY? Just saying that something is “pretentious” is not enough. If you make a sweeping dismissive comment without anything to back it up, then you look like the fool you are trying not to be. And if you automatically label anything that is trying to say something profound as “pretentious,” that is proof that you can’t grasp larger concepts. To make a large-concept piece of art, the artist, whether novelist or director or composer, must reach, must take the risk and work on a grand scale. Profundity is not automatic grounds for criticism or penalty but there are many who are threatened by such vision. I don't think I have ever earnestly used the word "pretentious" in my life. It is a meaningless, hollow word for me.

Terrence Malick was a philosophy major under Stanley Cavell at Harvard University and graduated summa cum laude and Phi Beta Kappa so it is only natural that he would involve very large concepts in his original screenplays and films. As I mentioned above, “The Thin Red Line” is one of my favorite films and considering his background, it is clear to see in that film existential ideas translated into poetry… cleverly disguised as a war film (at the end of the day, it is anything but). When an artist makes a large-concept statement, I like to pay attention. It is rare to begin with that someone dares to make a large-concept statement and it shouldn’t be dismissed with an easy wave of the hand as “pretentious.” And “The Tree Of Life” is one of the largest artistic statements I have ever seen on film. The scope, the intent, the vastness of what Malick conveys in it is breathtaking, heart-stopping, mind boggling. I don’t want to give away too much detail. As I have said here on “Oh, By The Way” in past film reviews, I don’t want to take away the special experience of seeing a film for the first time, seeing a film the way the director intended, for everything to come at you fresh. I will say that on the surface, and really, it is only the surface, the film is a study of a rather dysfunctional family in Texas in the 1950s and 60s. Brad Pitt and Jessica Chastain are stunning as Mr. and Mrs. O’Brien. Having said that, I assure you the point of this film is not the family themselves, and I have not given anything away in this magical film. No, not magical...magical is diminutive. That word makes it sounds like something for children. It is… it is holy. And I absolutely do not mean that in an “organized religion” way. It is holy in the sense of "transcendent." Malick has dared to tell a story that transcends itself. It references a reality and truth that renders the story into its own context, and by extension, does so for all of our lives. We all exist in our own context but belong to something much, much, much larger; something we cannot hold in our minds for long without losing hold of where we are, who we are, what we do, what we wish for and live for. But there it is. That is the truth. The film encompasses and is a survey of this duel nature of the universe itself ("grace" and "nature"), of creation and destruction and the very human, mistaken way of seeing those two things as separate entities. Remember: transcendence. Despite the fact that characters in the film are religious and talk to “God,” the film is decidedly anti-religion with the juxtaposition of individual lives and situations against the beginning and end of our solar system. How ridiculous to talk to a pretend man in the sky and ask questions about "why" things do or don't happen when all around us screams and reels the workings of the cosmos itself through the birth of stars in stellar nurseries, the evolution of life, and the eventual entropy and collapse of all. There is an enormous difference between "religion" and "spirit"... they are separated by light years. 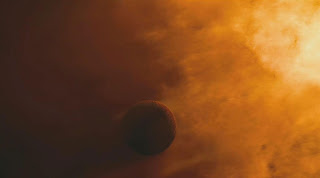 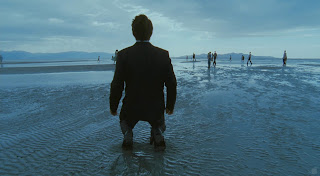 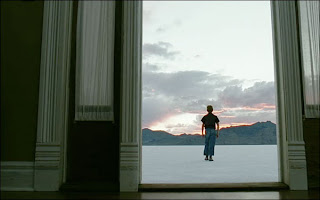 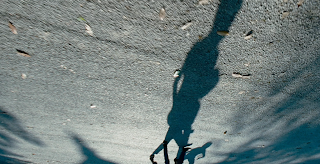 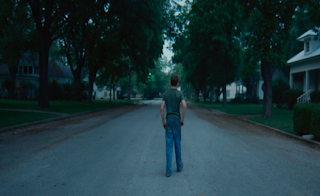 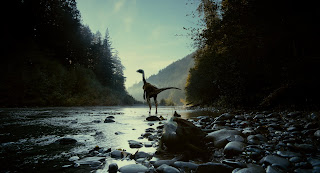 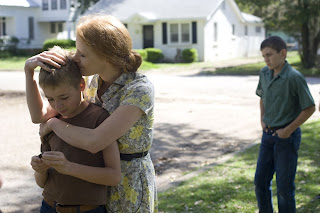 The impressionistic, non-linear narrative of "The Tree Of Life" reminds me somewhat of Tarkovsky’s “The Mirror” in that it is an assortment, a mélange, a kaleidoscope of experiences, memories, thoughts, fantasies. And not just of one person, as in the case of "The Mirror," but of a group of people. Just like “The Mirror,” telling a story this way is very dream-like and creates a direct path to the pre-conscious. And in this way, “The Tree Of Life” is one of the few films in the history of cinema that are actually purely cinematic, just like dreams. Film is a visual medium and Malick uses it to his full advantage, giving us a vast expanse of information and ideas visually, without much dialogue. When people speak in the film, or more commonly when we hear their whispered thoughts and inner monologue, it is as if someone has called your name while you are asleep. Dreams can only convey a narrative or an idea to us in one way: it shows us pictures. A dream can’t—and indeed does not need to—tell us what it wants us to know, it shows us. That is the language of signifiers. That is the primordial, pre-conscious language of our psyches, our souls. That is our first, original language before words. Watch. Look. See. Understand. We are given everything Malick wants us to grasp, but not in a way that matters on this physical plane. While the visuals are gorgeous and pristinely filmed—the film is a miraculous, true study of present moments (the way Tarkovsky studied rain hitting a tree leaf, for example)— and the special effects are some of the best I have ever seen, one must interpret and feel “The Tree Of Life” for it to work.

Recommend? If any of this review resonates with you, if any of what I have said strikes a chord with you, then please, by all means, partake of this transcendent artistic experience. Invest in it.
Watch. Look. See. Understand.