For years, I have been walking by the Paris store front of Cire Trudon, the oldest wax manufacturer in the world, and admiring their bust candles. Founded in 1643 by wax merchant Claude Trudon, this venerable company made candles for Versailles, Louis XIV, and through the end of the monarchy with Louis XVI. They subsequently provided candles for Napoleon and the Empire. In fact, Napoleon gifted his newborn son a single Cire Trudon pillar candle adorned with three gold pieces featuring the profile of the Emperor. That candle is still available; called The Imperial Pillar Candle, it is in the fourth image down. And their bust candles come in different designs: Marie-Antoinette, Napoleon, Louise, Alexandre, and the figure of a slave. The windows of the Paris store often feature busts burning down, melting into drips and puddles... 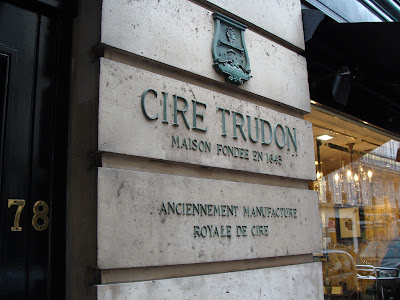 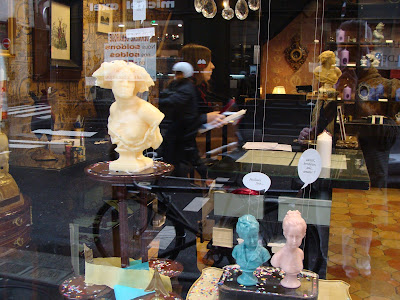 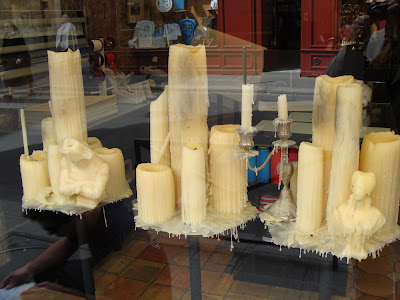 Above photos by JEF 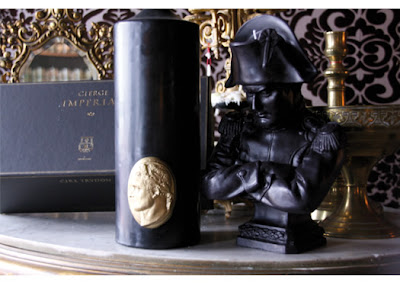 Above photos from Cire Trudon
http://www.ciretrudon.com/
Posted by Unknown at 9:16 PM