Designed by Lloyd Wright, son of legendary architect Frank Lloyd Wright, and built in 1951, The Wayfarers Chapel located in Rancho Palos Verdes, California, is a miracle of engineering. Comprised of precious few redwood beams and a tremendous amount of glass, Lloyd Wright called his design a "tree chapel." 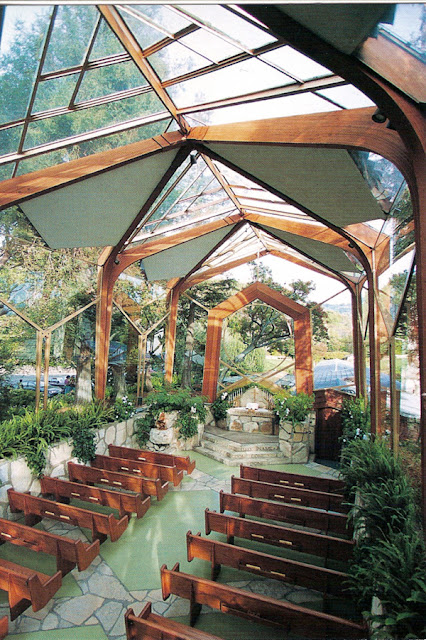 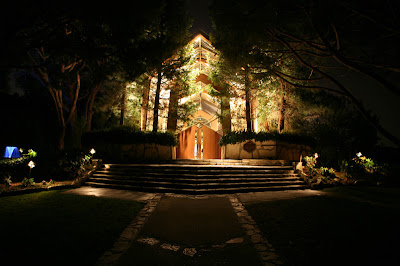 When construction was complete, it was just a building on a dusty hill, surrounded by saplings. But Lloyd Wright said, “When the trees that surround the Chapel grow up, they will become the framework, become a part of the tree forms and branches that inevitably arise from the growing trees adjacent to it. I used the glass so that the natural growth, the sky, and sea beyond became the definition of their environment.” Now, the chapel does indeed blend in with the grove of redwoods that surrounds it. It is a stunning sight, and an important part of the lineage of the history of architecture. 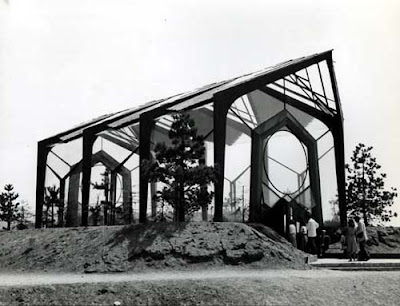 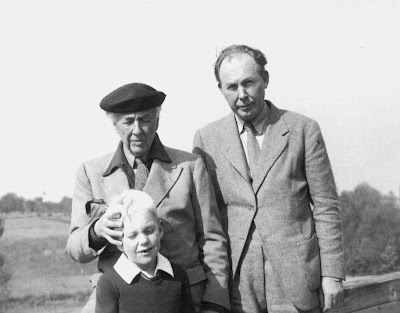 Above: Frank Lloyd Wright, left, with his son Lloyd and grandson.
On a personal note, I had a dream some time in 1981, where I walked into a church that looked almost identical to the Wayfarers Chapel to see my grandfather who had died nearly a decade earlier. At the time of this dream, I had never seen the structure and did not know of its existence. I can still see it clearly in my memory of the dream, and it was astonishingly beautiful, even ethereal, because of the part of the church that was not there--the walls--as well as for the seamless link to the surrounding trees and sky.

http://www.wayfarerschapel.org/
Posted by Unknown at 10:53 PM