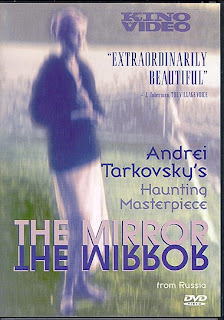 After I watched this today, I was marveling that through my years of being a film major (among other majors) in college, and through my many, many hours of sitting in a darkened theater on campus watching films, I did not encounter the amazing work of Tarkovsky. The first time I came across Tarkovsky was a showing of “Solaris” on a local PBS station in the mid-90s. How could the film program at my college--and my professor--NOT have shown any Tarkovsky, or even spoken of him for that matter?

Well, thankfully, I discovered him that fateful evening while watching “Solaris” and I have given myself a class in his works over the years. (I often give myself classes in subjects. The first time was when I was a teenager and heard Woody Allen talk about the "Zelda Fitzgerald Emotional Maturity Award" in his 1979 fim “Manhattan.” I had heard of F. Scott Fitzgerald, but who was this Zelda and what was funny about her emotional maturity?)

“The Mirror” was made after “Solaris” but had been in the works since at least 1964 when Tarkovsky got the idea to make a film about the memories and dreams of a man without the man appearing the film. Wiki sums up the structure of the film perfectly by noting that it “is discontinuous and non-chronological, without a conventional plot.” In this way, it is one of the most impressionistic films I have ever seen, although I do acknowledge that there are a handful of other films that use this technique and have done so successfully.

This gorgeous film is sort of like watching a snowglobe of the contents of a man’s head. It has been shaken and we watch the fragments swirl around. Episodes from direct experience, memory, imagination, and dreams exist side-by-side. We see his life in three time periods: childhood/ pre-war, war, and adulthood. And we begin to see patterns. There are links between past and present, cause and effect, sometimes rippling both directions. In what is surely some kind of Freudian admission, the same actress plays both our main character’s mother and wife. I want to stress that although this film may be layered, nuanced, and rich, and although it is an interpreted film, it is not confusing or incomprehensible, as some film essayists have claimed.

In “The Mirror,” we see Tarkovsky exhibit the same interest in setting up stunning yet simple tableaux, and lyrical or introspective imagery as in his other films, but compared to something like “Solaris,” the editing and pace feel not as languid, not as dreamy. A few moments and camera pans recall some of Fellini’s thrilling moments, the way the camera sweeps across a location, the way the wind blows. There is a purpose to this kaleidoscope of memories. Actual newsreel footage of the evacuation of Moscow, the Spanish Civil War, and Soviet-era events serves to ground this cognitive exploration. Tarkovsky’s screenplay is autobiographical to an extent and stars his actual wife, mother, and father, the famous Russian poet Arseny Tarkovsky. In sections of the film, the elder Tarkovsky reads his own poems over the soundtrack.

Trying to think of and write about this film is rather difficult because of the spell it casts. I like the simultaneous way the information was transmitted and depicted. I like how it left me feeling: a little spacey and ponderous. Although each scene is straight forward enough and is about what it is about, the effect is cumulative, hypnotizing, and lulling… possibly what it is to have one’s life “flash before one’s eyes” upon death. It is a magical film too, with the presence of imagination and dream given as much importance as actual events. Our brains cannot tell the difference between reality and active dreaming, after all. Mysterious moments come and go in this film, a strange localized wind sweeps over a field, a tea-drinking woman disappears from a room leaving behind a condensation ring from her tea cup, an oil lamp turns itself on and off, a bottle falls from a table for no reason with no one around it. It feels enigmatic, holy, and beyond “film,” beyond everyday comprehension. Like a dream (or a David Lynch film) "The Mirror" is best understood and appreciated through direct experience. One must sit and absorb it. Distilled to its essence, it is really about all of us, all who have had lives, memories, dreams…

Recommend? Absolutely. It is very special. 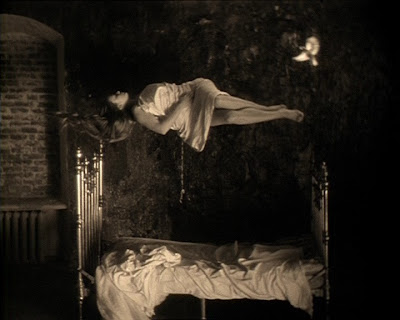 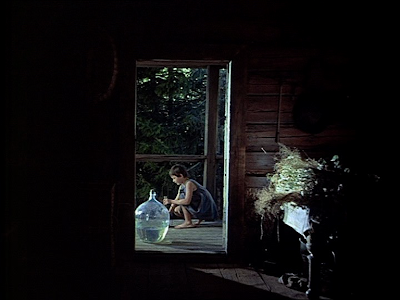 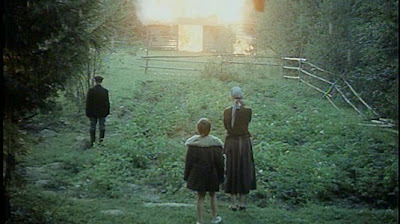 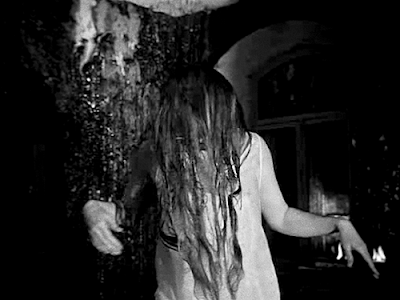