"This week, our nation has anxiously watched as Hurricane Sandy lashed the East Coast and caused widespread damage--affecting millions. Now more than ever, our neighbors need our help. Please consider donating or volunteering for your local aid organizations. The images of Sandy’s flooding brought back memories of a similar--albeit smaller scale-- event in Nashville just two years ago. There, unprecedented rainfall caused widespread flooding, wreaking havoc and submerging sections of my hometown. For me, the Nashville flood was a milestone. For many, Hurricane Sandy may prove to be a similar event: a time when the climate crisis—which is often sequestered to the far reaches of our everyday awareness became a reality. Sandy was also affected by other symptoms of the climate crisis. As the hurricane approached the East Coast, it gathered strength from abnormally warm coastal waters. At the same time, Sandy's storm surge was worsened by a century of sea level rise. Scientists tell us that if we do not reduce our emissions, these problems will only grow worse. Hurricane Sandy is a disturbing sign of things to come. We must heed this warning and act quickly to solve the climate crisis. Dirty energy makes dirty weather."
--Al Gore, writing on his personal blog. 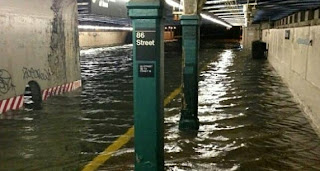 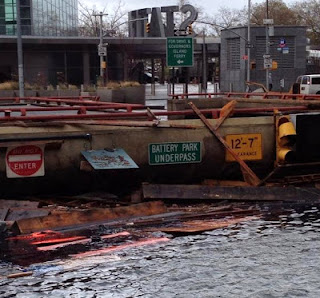 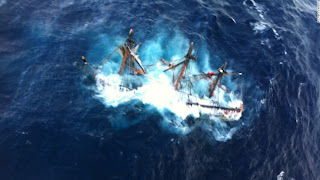 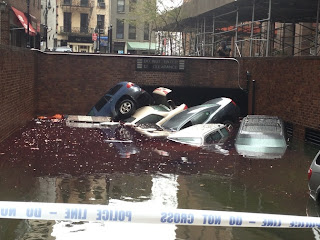 Is "the jury still out" now? How much more proof do we need?