Melding art with the medical sciences, artist Angela Palmer employs the results of CT and MRI scans to create compelling, haunting works of art. She etches the contours of soft tissue and bone onto glass plates and assembles them to mimic 3D images of the scans. She has used herself as a model for a series of self portraits but recently used the scans of author Robert Harris to create a 3D image of his skull and brain. 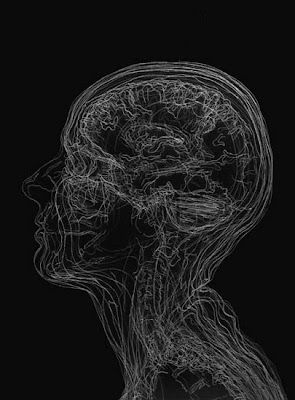 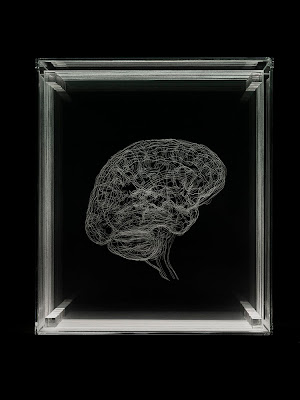 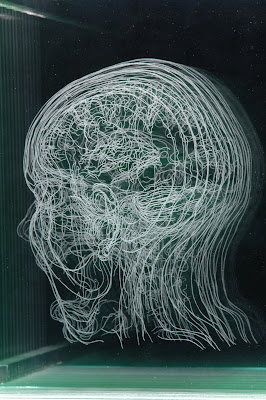 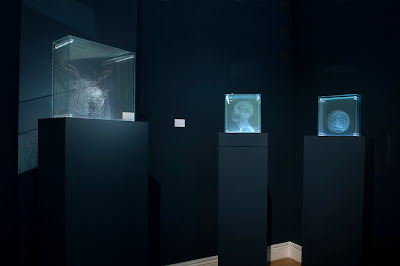 Palmer also created a very touching body of work based on a child mummy on display at the Ashmolean Museum in Oxford. She writes of this project on her website:

"Another recent project involved a 2000-year-old Egyptian child mummy in the collection of the Ashmolean Museum in Oxford. Little was known of the child, who was presented to the museum in 1888 after being removed from its burial site in the Faiyum in Egypt by the archaeologist Flinders Petrie. In order to recreate the child without disturbing its bandages, I organized for the child to undergo over 2,500 CT scans at the John Radcliffe Hospital in Oxford. These were performed by one of the world’s leading radiologists, Dr Stephen Golding and his team. The doctors revealed the child to be a boy and declared pneumonia as the probable cause of death due to a thickening of his lung...

The recreation of the child on 111 sheets of glass was unveiled as part of the Ashmolean’s permanent collection when it recently reopened its new Egyptian Galleries. The glass sculpture lies in a special case next to the actual boy himself.

An exhibition of my work associated with this project can also be seen in the Ashmolean’s Cast Gallery until March 4 next year [note: 3/4/12...exhibition is closed]. This includes a film made during my visit to the child’s burial site in the Faiyum in Egypt; casts I commissioned of the child’s skull and his toes; linen bales dyed using ancient methods particular to the Faiyum; and sand I brought in my water bottle to ‘reunite’ the child with his homeland." 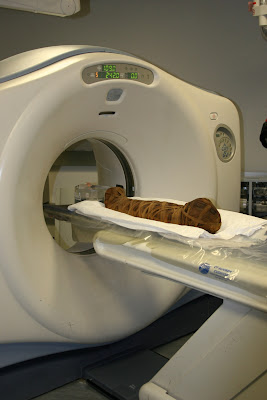 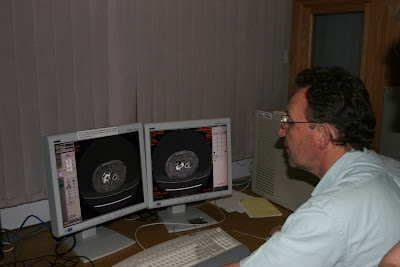 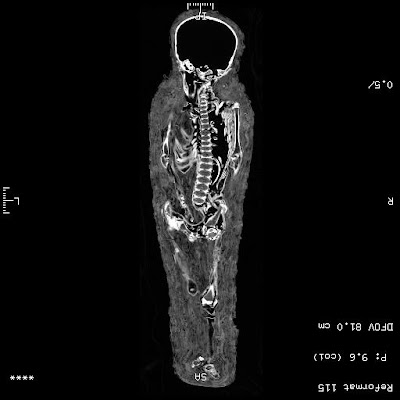 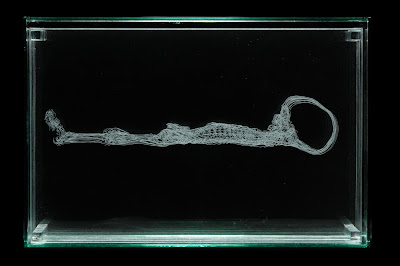 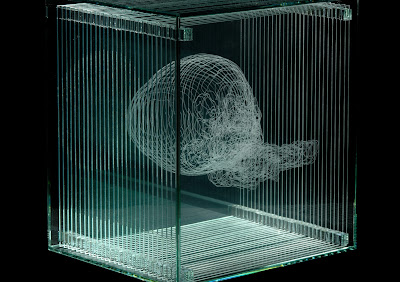 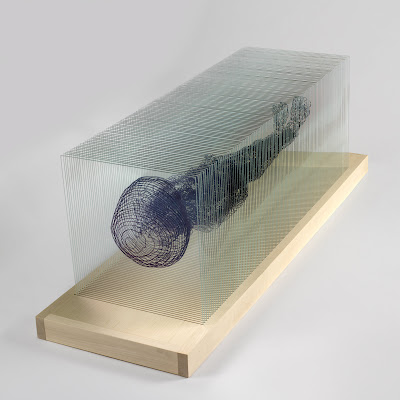 http://www.angelaspalmer.com/
Posted by Unknown at 3:22 PM