Harold Lloyd was one of the most famous comedians of the silent film era, along with Chaplin and Keaton. And one of the highest paid. With his earnings, he built the magnificent 15-acre estate Greenacres in the Benedict Canyon area of Beverly Hills that consisted of a 44-room Italian-style mansion, nine-hole regulation golf course, outbuildings, one of the largest swimming pools (50' by 150') in southern California (that was also surrounded by a tunnel with underwater windows to view and photograph swimmers), and a 900-foot canoe run stocked with actual trout and bass. He even had a separate fairyland built for his four year old daughter Mildred Gloria. This fairyland had its own private gate with a sign reading, "Come into my garden and play," and included a four-room miniature old English house (complete with electricity and a kitchen and bath with running water), a miniature old English stable with a pony and cart, Great Dane dogs, and a wishing well with water for the garden. 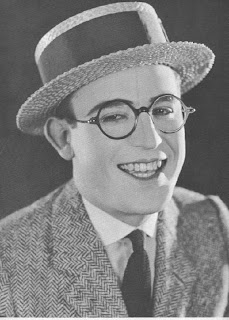 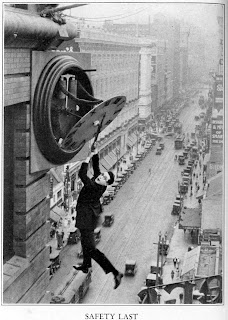 Given his penchant for fantasy and over-the-top elements for his home, Lloyd apparently had an even bigger love for Christmas and every year, starting before Thanksgiving, he and his assistant would buy several pine trees, and lash them together to make one enormous tree at the end of the Orangerie (yes, the mansion even had an Orangerie...of course). Then the entire Lloyd family, which included his wife the silent film actress Mildred Davis, would spend the next many weeks, up to Christmas Eve, with hooks and ladders, decorating this behemoth, hanging and clustering the staggering amount of blown glass ornaments Lloyd collected most of his life. Sometime in the 1960s, Lloyd discovered fireproofing which perfectly preserved (including the pine scent!) his most recent--and last--tree-structure. From then on, the tree was left up year-round, to be enjoyed by all. 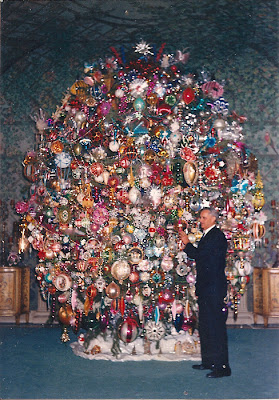 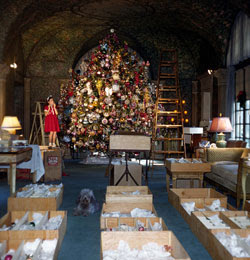 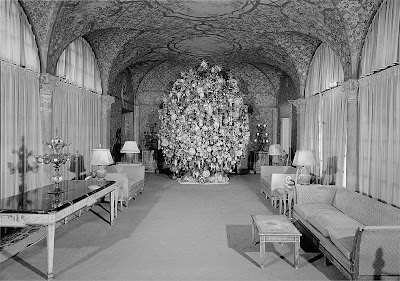 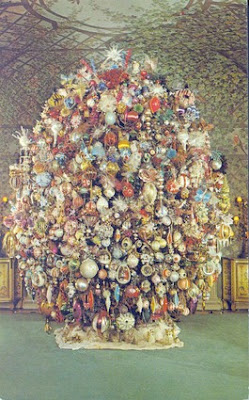 Lloyd died in 1971 and Greenacres was opened as a museum but closed in 1975. Sadly, the house and land were auctioned off and the tree was destroyed. But I want to know what happened to his ornament collection! I have seen some eBay sellers auctioning off what they purport to be ornaments from the Lloyd tree. Hmmm...

More about the estate here:
http://en.wikipedia.org/wiki/Harold_Lloyd_Estate
Posted by Unknown at 8:00 AM