BEAUTY: Architecture--Metro Stations Around The World 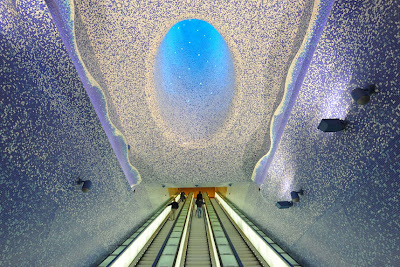 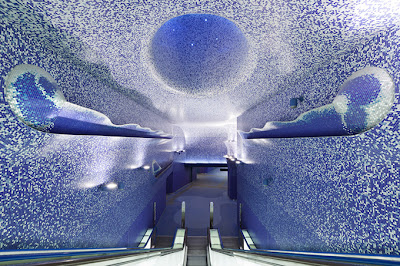 The Toledo Station in Naples, Italy is a design marvel. The effect is dazzling but the execution is so simple, achieved with colored mosaic tiles and strategically placed lighting. 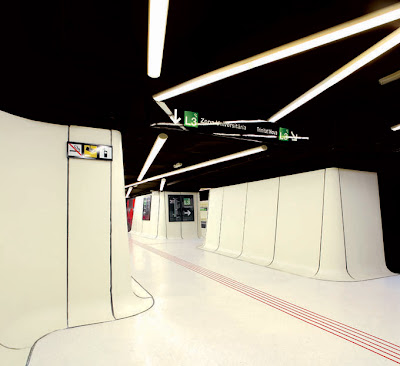 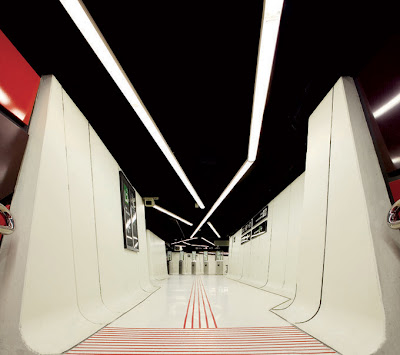 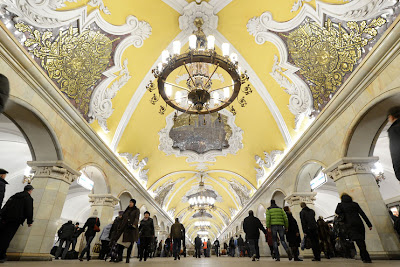 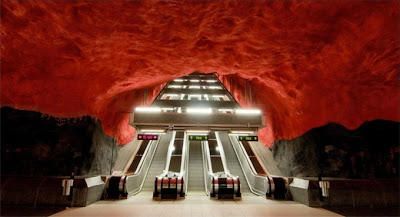 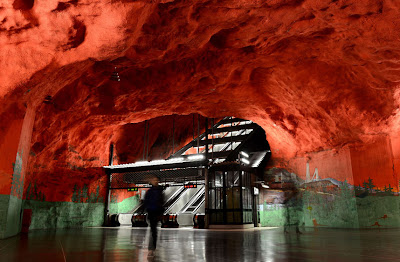 The Solna Centrum Station in Stockholm, Sweden is carved out of living rock. The red is actually the sky in a mural that spans the entire station. 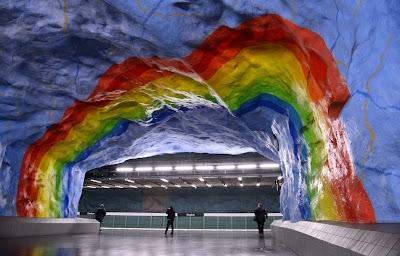 Stockholm's Stadion Station is also carved out of rock but this one sports a blue color with a little touch of rainbow. 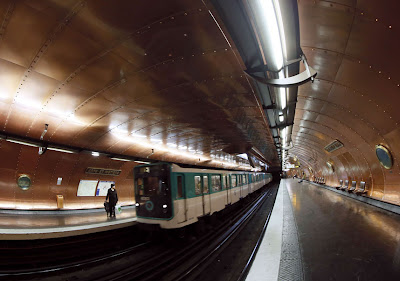 Jules Verne must have inspired the submarine-textured Arts et Metiers Station in Paris. 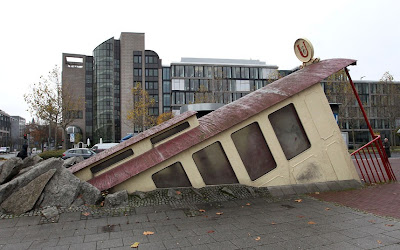 Sometimes the design elements greet passengers even before they descend underground. Here, the entrance to the Bockenheimer Warte Station in Frankfurt looks like an antique subway car has poked up out of the ground. It is actually the escalator down!
From The Daily Telegraph, here.
Posted by Unknown at 10:43 AM