Tracey Thorn, she of the glorious, mellifluous voice, last month released a collection of holiday songs called "Tinsel and Lights." The album features re-interpreted cover songs save for two written by Thorn. This is her original song "Joy," so simple, heartfelt, and lovely, in which she addresses the preciousness, fragility, and resiliency of the human condition by singing the line, “We must be alright if we can make up Christmas night.”

The video was filmed at the Marché de Noël (Christmas Market) in Lille, France. 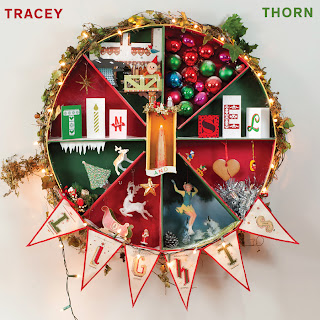 A highlight of the release is a duet with Green Gartside (whom I adore) on a song called "Taking Down The Tree" which I will wait to post until I take down my own holiday tree!

http://www.traceythorn.com/
Posted by Unknown at 8:15 PM