Underwater diver and photographer Yoji Ookata discovered something strange on a recent dive near Amami Oshima, Japan, something he had never encountered in his fifty years of diving: large circular patterns with odd, geometric details, some up to six feet in diameter, located eighty feel below sea level on the ocean floor. 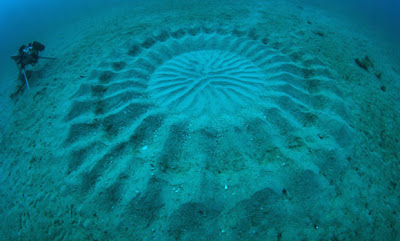 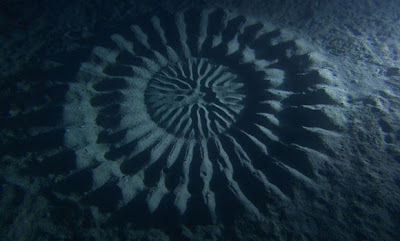 He took a camera crew from NHK (the Japanese Broadcasting Corporation) back to the spot where they found the source of these mandala-like sculptures: the tiny pufferfish! 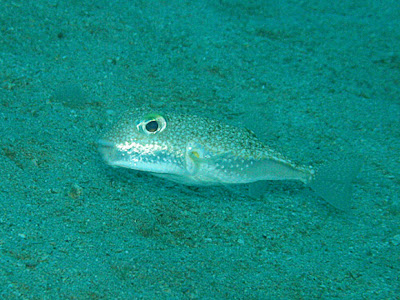 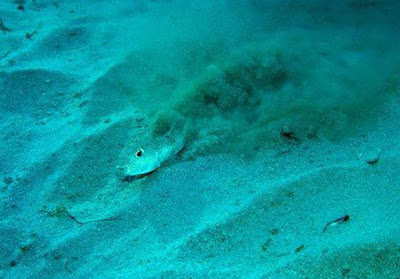 Apparently, the male pufferfish makes these structures to attract a female, working tirelessly, day and night, using only a fin to carve out the peaks and valleys in the sand. The bigger and more elaborate these structures are, the more likely the female is to mate with the male and lay her eggs in the center of the circle! The ridges serve as a baffle, neutralizing the underwater currents and preventing the eggs from being tossed around or lost. The male also cracks shells and lines the ridges with the fragments which could possibly serve as food for the newly hatched eggs. Amazing.

http://ookatayouji.amaminchu.com/
Posted by Unknown at 9:28 PM