William Forsythe has an impressive CV as a dancer and choreographer. He danced with the Joffrey Ballet and later the Stuttgart Ballet, where he was appointed Resident Choreographer in 1976, and was also director of Ballet Frankfurt from 1984 to 2004. Since then he has helmed The Forsythe Company, a dance and performance troupe. Through that venture, he branched out into performance art pieces, as well as art installations that tangentially relate to the idea of choreography, occupying space, and changing the space one inhabits through movement.

His project Scattered Crowd has been installed in public spaces across Europe, in Korea, and in Canada. It entails filling each space with thousands of suspended and tethered white and clear balloons that respond to the stillness or movement of any participant. It must be like walking through a dream of pearly bubbles...

Frankfurt's Bockenheimer Depot will host Scattered Crowd in March of 2013. 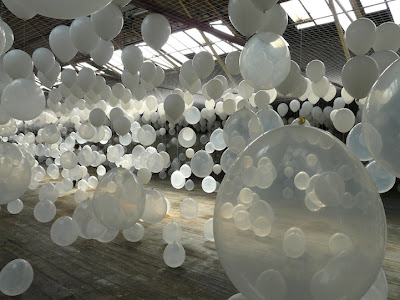 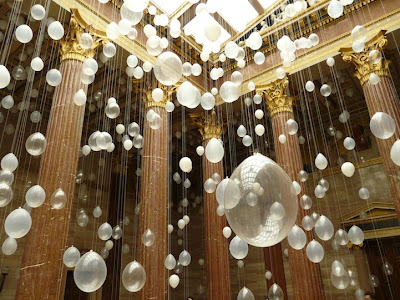 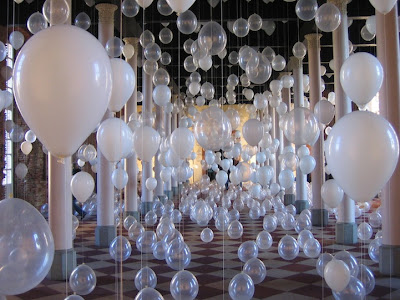 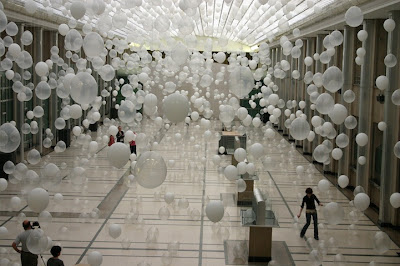 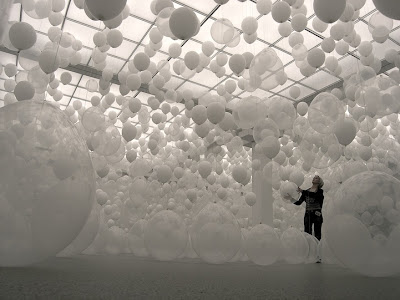 But I particularly love his piece Bouncy White Castle. It seems that at least two or three times a year in my neighborhood, some child with a birthday gets a raucously fun bouncy house in his front yard. "Why oh why don't they make them for adults?" I always moan as I drive by. In 2007, Forsythe created an enormous bouncy house, which, judging by its enormous size, clearly holds adults. The element of choreography here is actually a type of anti-choreography: the piece relies on a soft unsupported floor and the corresponding physical instability of participants. The resulting movements cannot be predicted. 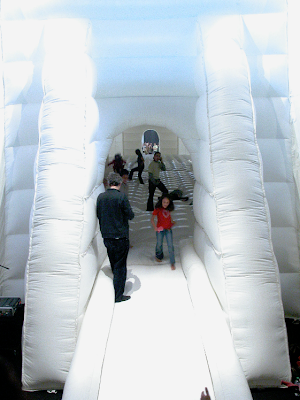 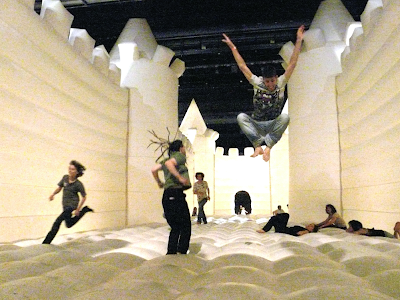 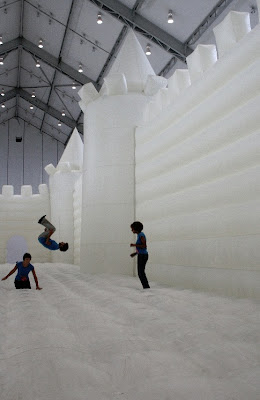 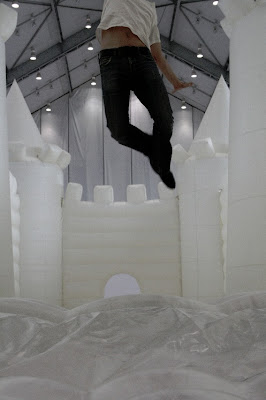