Ladies and Gentlemen, The Lesula 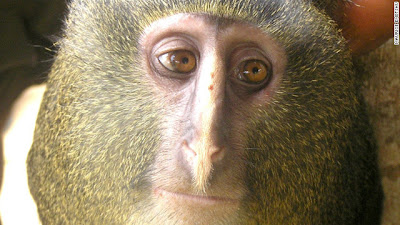 A new species of monkey, the Cercopithecus Lomamiensis, or Lesula, has been discovered in the Congo. It is heartening in this day and age when we feel every inch of the planet has been dominated, exploited, or at least cataloged, that there are still new species to be discovered. And the Lesula is adorable. Look at those soulful eyes.